Framed in 2006, Studio Yonoh is a two-man group out of Valencia, Spain zeroed in on moderate plan with, as the firm puts it, a little “Mediterranean daring” in the blend. In the a long time since establishing Yonoh, the duo–which comprises of Clara del Portillo and Alex Selma–has chipped away at tasks going from public works undertakings to lovely inside plan. For 2017, they banded together with OTHR–a New York-based homeware brand known for teaming up with planners on moderate 3-D wares–to make the Perpetuum Calendar. (FYI: Evan Clabots, fellow benefactor of the OTHR, additionally planned the Slip Watch , which we expounded on in the beginning of worn&wound.) 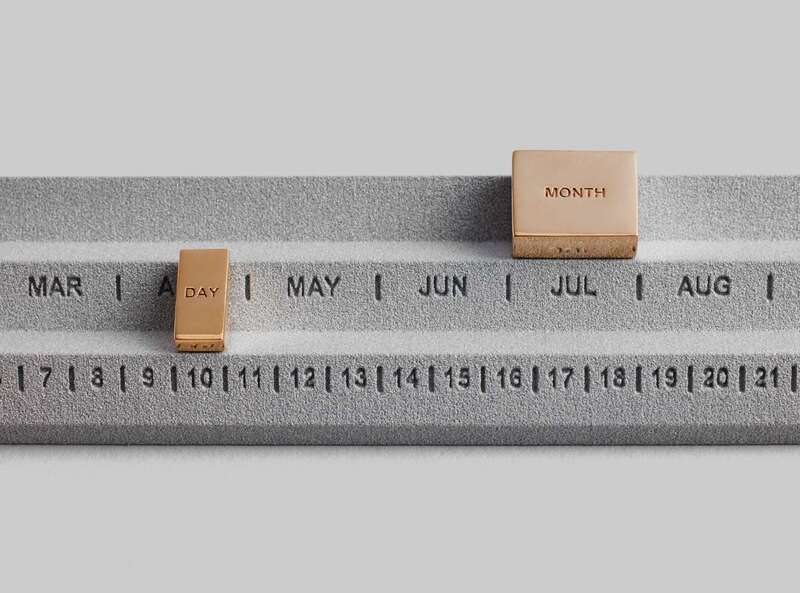 As an admirer of mechanical watches, it’s simple to value a touch of material plan that requires UI to work. That’s precisely what the Perpetuum Calendar is, and the idea driving the plan is entirely direct. The 3D-printed nylon base structures three edges and two furrows. On the two front edges, you have the scratched date and month, individually. Inside the main furrow is a metallic marker (14K gold plated) for showing the day, and inside the subsequent notch is a marker for demonstrating the month (same on the gold). It’s up to the client to change the markers each day.

The Perpetuum Calendar comes in two adaptations: dim and gold, and dark and gold. Every unit is specially made and numbered, and lead times are a few weeks.

The Perpetuum Calendar sells for $510. For more data, visit OTHR .