The Oris Divers Sixty-Five has been making the most of its position at the center of attention since its resurrection in 2015, rapidly becoming one of Oris’ generally well known and commended models. The smooth, vintage-motivated jumper (which we inspected here ) has two essential base plans (one 40mm, the other 42mm) from which we’ve seen emphasess arise (like the restricted release Carl Brashear and Topper models). To balance the assortment for 2016, Oris has delivered another dial tone for the 42mm range—the Oris Divers Sixty-Five Silver Dial. 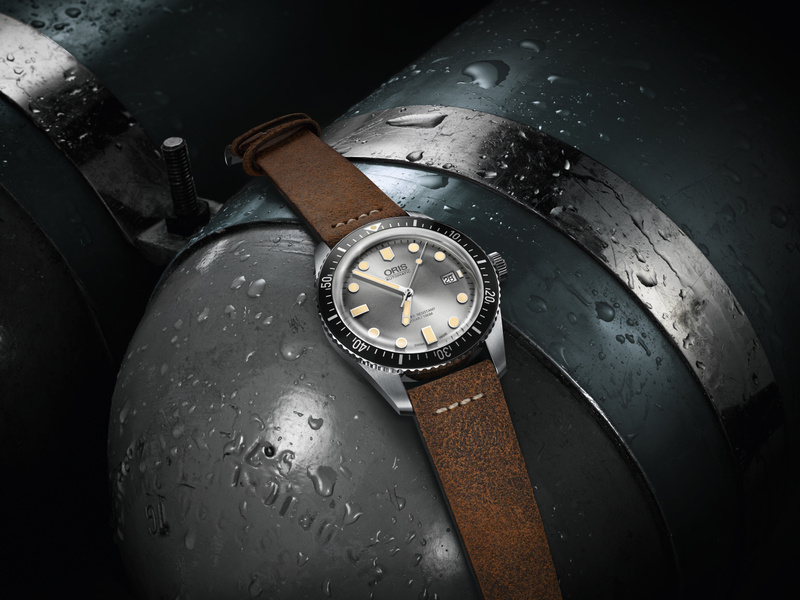 Borrowing from a shading range found in the Oris chronicles, the new Divers Sixty-Five Silver Dial highlights, as the name recommends, a silver-hued dial with a fine sunburst finish. Highlighting the dial is a warm, velvety lume emulating the appearance of matured tritium. Regardless of the contention regularly encompassing artificial patina, the range here is alluring, with the warm resonance of the lume giving an extraordinary emphasize to the dynamic, cooler silver base. It could be pulling from a vintage tasteful, however the execution feels refreshingly modern.

Just like past emphasess, the case is water impervious to 10 bar/100m and highlights a 60-click unidirectional bezel. The unmistakable air pocket precious stone is twofold domed sapphire with AR on the underside of the glass. Fueling the watch is the Oris Cal. 733, also called a Sellita SW 200-1 (which is in itself an ETA 2824 clone) with a custom red Oris rotor.

The Oris Divers Sixty-Five Silver Dial is a strong, appealing contribution from one of Switzerland’s best worth driven free thinkers. It is at present accessible for $1,900 on a tie and $2,300 on an arm band. For more data, visit Oris .

Hands-On with the Helm VanuatuNext Article