Hands-On with the Ventus Mori

Perhaps the main motivation watch brands utilize bronze cases is that they acquire special patinas. Those odd, green/earthy colored splotches that gradually cover a case, making unmistakable shapes and surfaces, making each bronze watch completely extraordinary. It’s an attractive quality, incorporating a feeling of history into each watch, regardless of whether moderately new. The lone issue is that bronze keeps an eye on come at somewhat of a premium. Not insane costly (brand depending), but rather in excess of an identical steel model. 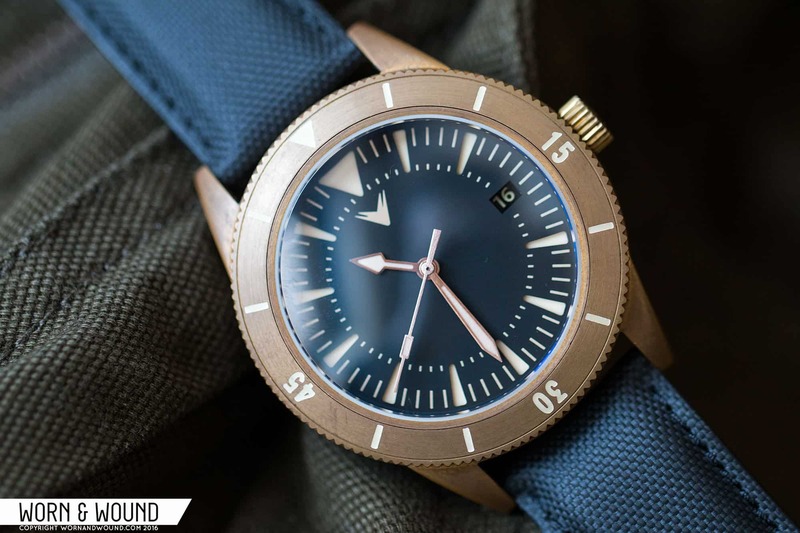 Ventus, who recently presented to us the Black Kite , a reasonable carbon fiber flieger, set out to comparably make an exceptionally high worth plunge watch that patinas. To hold costs down, as opposed to bronze, they went with the comparative yellow metal, metal. This isn’t the first run through we’ve seen a metal watch, however they are undeniably more uncommon. Metal isn’t very as attractive as bronze, yet at a much lower value it unquestionably takes care of business. The outcome is the Mori, a vintage roused plunge watch with a sapphire precious stone, 300m WR, Seiko NH35 programmed development and an irrelevant beginning cost of $199 through Kickstarter. Don’t let that cost go to your head, that doesn’t mean all NH35 based watches ought to be $200, yet Ventus figured out how to pull it off, likely through close edges and a sharp feeling of how to race to a kickstarter crusade. The last proved by their breaking $100k in the primary day it was up.

Of course, a major piece of that will be that the Mori is an incredible looking watch. Vintage roused, however completely current and smooth, the Mori is a very even and styled watch. Beginning with the metal case, which estimates 41 x 48 x 14mm, its a decent medium size with thin carries and exemplary lines. It’s a touch thick, however doesn’t feel it because of good extents and a portion of the tallness coming from the domed sapphire precious stone. The superstar is the bezel, which comes in dark or strong metal. The last is cool, giving the watch a strong, all metal look. The metal addition will likewise patina alongside the case, further accentuating that exceptional property. The bezel is then highlights a negligible arrangement of imprints in vintage style, with numerals at 15, 30 and 45, a triangle at 12 and square shapes for the rest. They are lume filled as well.

Hands-On with the Ventus Mori

Another highlight worth rapidly noticing is the strong case back with a profound stepped vintage diver’s cap. A theme we’ve seen previously (indeed, simply the other week ), it’s truly cool looking and a stunning subtlety for a particularly cost watch. I likewise like that it completely needs text, giving the watch a sterile, practically puzzling feel.

The dial is sandwich-style, with a perfect, negligible tasteful. It draws a piece from the first Breitling SuperOceans of the mid 60’s, yet examines its own as well. The surface is an extremely dull matte dark, not exactly dark however close, which plays well off of the metal case. The essential list comprises of slice through wedge shapes for the hours, with a huge slice through triangle at 12. Between the hours is an inward ring of little stamps for the seconds and an external ring of longer checks for the minutes. 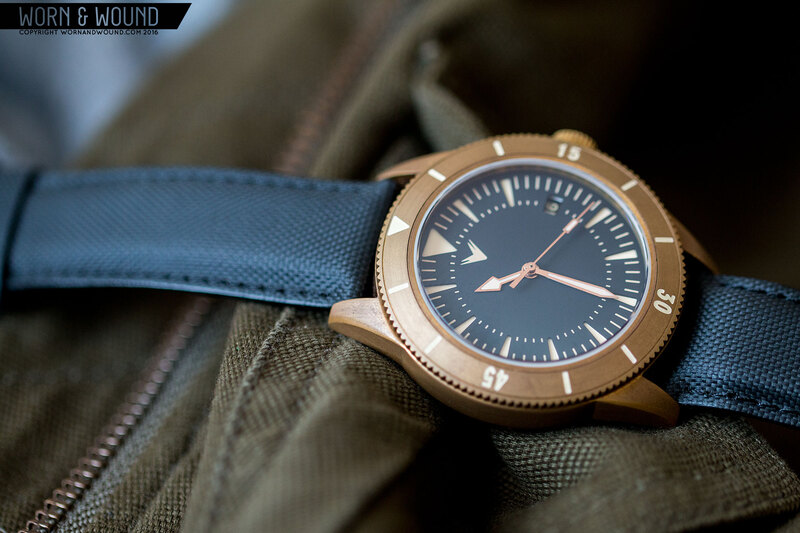 The watch is accessible with BGW9 or C3 lume for either a more present day or vintage appearance. The model shown has the last mentioned, however the C3 is not normal for others I’ve seen previously, having a practically peachy tone to it. It looks extraordinary, playing off of the metal, giving the entire watch a warm cast. They cleverly duplicate this tone for the printed lists also, giving a consistency to the execution.

Are you fit to be astounded? They additionally use it on the date wheel. Indeed, this $199 watch has a custom date wheel with dark support and warm, smooth sort, making it fit in with the styling in general. As the solitary numerals on the dial this additionally makes it less prominent, keeping the dial realistic and practically dynamic. Toss in that the logo is only a V and there are no words somewhere else (not even 300m) and the general appearance is cool and scanty. This gives it a more current inclination, however you can in any case get a portion of the vintage notes.

The hands likewise play off of the SuperOcean, and are a great takeoff from ordinary jump style. The moment is a Roman sword, while the hour is a greater amount of a bolt shape, erupting out to make a pointer tip. The seconds is then a stick with a lume filled square towards its tip. The hands are a brushed rose gold with a similar peachy lume filling. The warm tone works indeed, playing off of the general range. I like the hands a ton. They are effectively comprehensible, slick and strangely relaxed. Jump hands are now and again extremely forceful by plan, so this is a decent difference in speed. I do contemplate whether a metal or bronze PVD would have looked more consistent overall.

The Mori comes on a dark elastic/fiber lash with a calfskin backing. It looks similar to matte kevlar, and feels like a two-piece cowhide lash. It’s forceful, however functions admirably, adding another advanced edge to the plan. The matte dark plays well off of the metal case, underscoring the warm tone. It’s likewise fit with a metal/bronze PVD clasp, which is a decent touch. 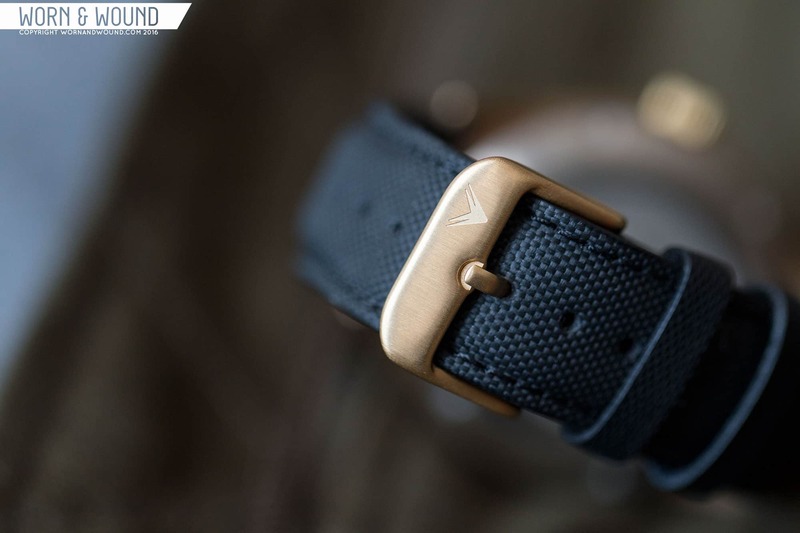 On the wrist, the Mori wears pleasantly. 41mm is an incredible size for a jumper, and 48mm keeps it put well on top of the wrist. The stature is relieved by savvy case calculation, adding lines to the case side, separating it. Tastefully, it’s actually an extraordinary looking watch. Despite the fact that I’ve took a stab at many jumpers over the most recent couple of years, this one sticks out. The decreased style, fun dial math, warm lume and tough metal case come together to make an exceptionally appealing and very much thought about watch. This is an extraordinary ordinary watch for somebody who needs that patinated look, yet doesn’t need a tremendous jumper on their wrist.

Overall, Ventus made a beautiful executioner watch with the Mori. The $199 choice has shockingly sold out, however the following level is just $233. It’s kind of an easy decision in the event that you like the look and have the money or have been needing to dunk your toes into the bronze/metal pool without a lot commitment. Notwithstanding feel with a domed sapphire, 300m WR and a Seiko NH35, it’s likewise a competent apparatus watch for day by day wear. Ventus is obviously on to something with the Mori, and with their past looks also. Truth be told, Ventus is a similar person behind Zelos, who as of late made a jumper with shooting star dial and damascus steel bezel choices for under $1k. Unmistakably, he’s sorted something out that rest of the business hasn’t, so worth keeping an eye on.

To get one, head to the Mori Kickstarter

A Look at the Astor + Banks PilomaticPrevious Article 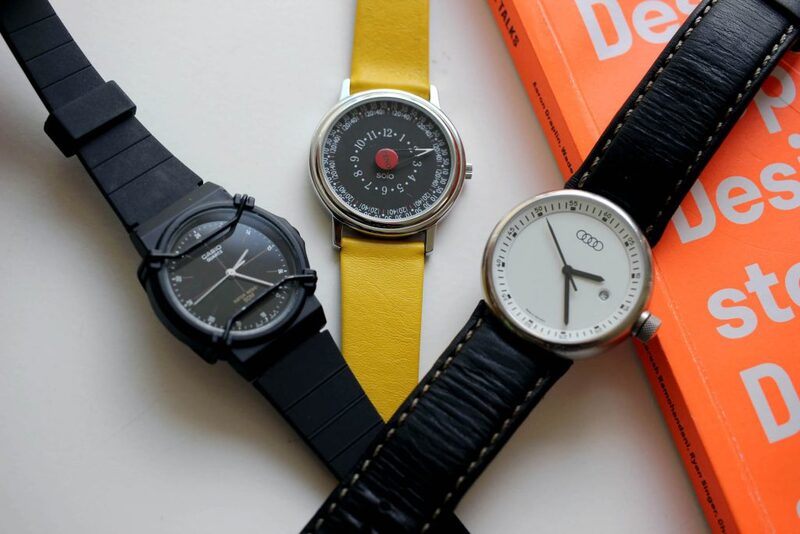