Starting another watch brand is by all accounts handily accomplished nowadays because of the achievement of crowdfunding locales Kickstarter and Indiegogo. Goodness realizes we have covered a lot of them here on worn&wound. Of course it isn’t pretty much as basic as throwing up a Kickstarter page; there is a ton of legwork required to begin before one even thinks about that stage. New brand Boston & Stewill have gone through the previous several months drumming up interest via online media for their first watch release, the Tourer II. 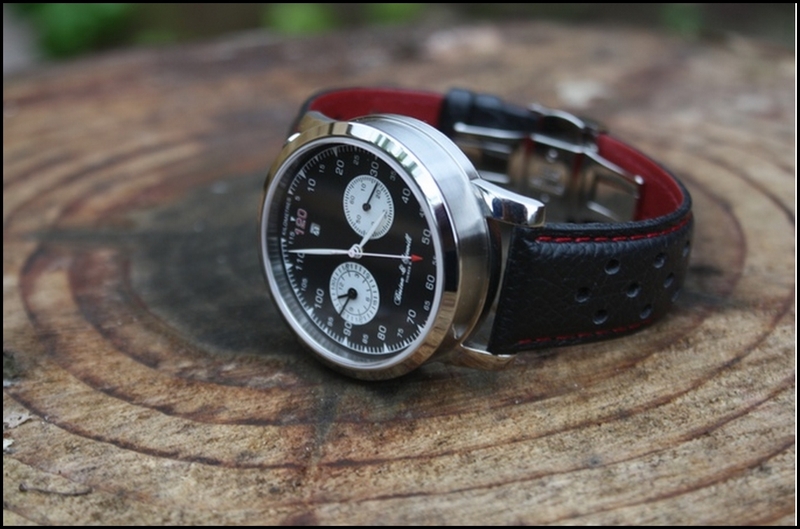 Boston & Stewill are dispatching with their second watch first. The Tourer I was imagined to be a programmed chronograph, however after researching development choices they found that the price would be over their ideal for the first watch. As such the Tourer I was set aside for later and they proceeded onward to the Tourer II. The II is a racing inspired, quartz powered bullhead chronograph. The plan idea is based off the vibe of a vintage Bugatti speedometer* that founder William Boddy had found in a magazine. Taking a gander at the dial it would appear that they have certainly captured that look. The dial markings are very different, really going for that speedometer look with 120 marks around the dial showing kilometers. There are triangles every 5 marks, with those every 10 somewhat bigger to indicate the death of 5 minutes and every hour, read by a factor of 10. The date is situated at the highest point of the dial right underneath the 120 with the cursive logo situated at the furthest edge over 6 o’clock. 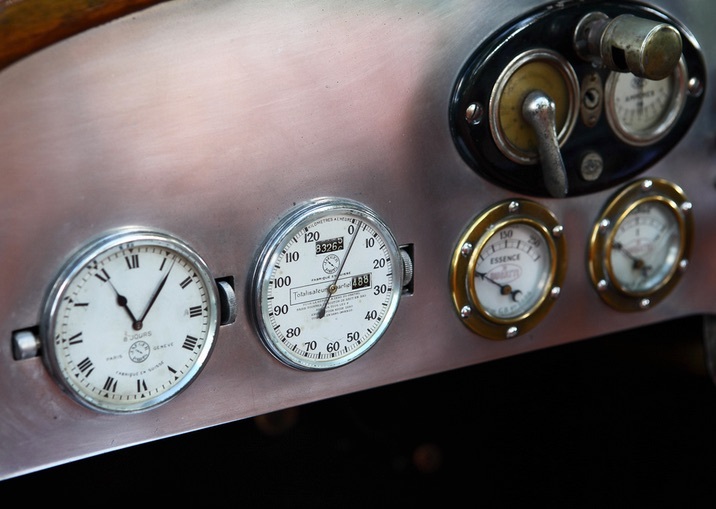 The development in the Tourer II is the Swiss quartz Ronda cal. 3250.D chronograph development. This development has two subdials normally situated at 12 and 6. Boston & Stewill rotated the development 90 degrees counterclockwise putting the subdials at 3 and 9. The running seconds for the time is situated in the 3 o’clock subdial while the dial at 9 o’clock is double given tracking both 30 minutes and 12 hours for the chronograph. The center hand is the seconds hand for the chronograph that moves at the standard quartz one tick a second. Rotating the development is more than simply a stylish decision, it accomplishes the objective of making the watch into a “bullhead chronograph” by setting the crown and pushers at the highest point of the case. It likewise, combined with the dial, gives the watch a stopwatch look. The dial will be accessible in three colors: cream, white and black. 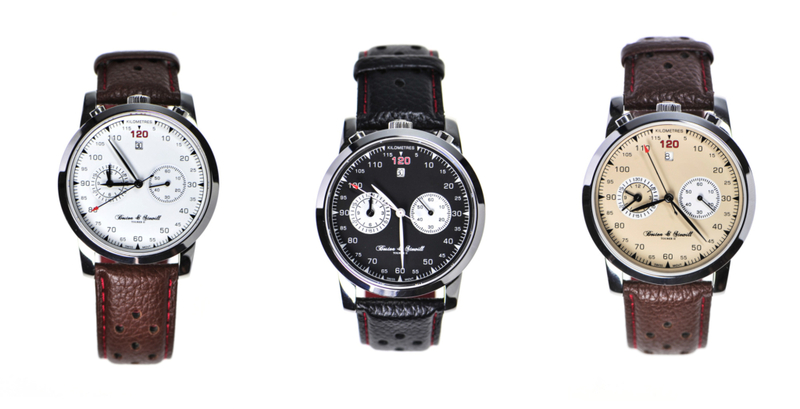 The case has an interesting layered look to it. The 22mm carries look connected to a lower, thinner segment of the 42mm case with the watch housed in the upper area. It might give the watch the impression of sitting higher on the wrist than it really does. The 316L tempered steel case is 14mm thick and has both brushed and cleaned wraps up. The dial is protected by a Sapphire crystal and the watch comes on a leather strap.

Boston and Stewill is looking for financing of £30,000 (~ $46,900 USD) to effectively dispatch the Tourer II for an expected December, 2015 delivery. Promise levels start at £150 (~ $235 USD) which is restricted to 50; prices climb to £175 (~ $274 USD) for the following 150 vows and after that £225 (~ $352 USD). On the off chance that Boston and Stewill are ready to effectively finance the Tourer II they plan on working on a release of the programmed chronograph Tourer I, an extra motivation to get the project going. You can see all the details and vow over at their Kickstarter crusade page .

Hamilton and the EAA AirVenture Show