At the point when most vintage fans consider Seiko, jumpers and chronographs are what typically come to mind, and as it should be. Seiko’s place in the pantheon of vintage jumpers and chronographs is securely scratched in horological history. In the event that you need very good quality vintage dress watches, Seiko has that too with their Grand Seiko and King Seiko lines. Be that as it may, vintage Seiko has definitely more to bring to the table than simply game and dress watches. There are incalculable models out in the wild, a bit of something for each taste, and some are more dark than others. One of the seriously exceptional, yet generally secret models is the Champion Alpinist.

Seiko presented the Alpinist line in 1961 with the very uncommon Laurel Alpinist. The Alpinist was propelled by the Japanese idea of “yama-otoko,” or “mountain man.” The Japanese field is uneven, and beginner hiking was a mainstream interest. These watches were apparently showcased toward these adventurers.

The 1961 Laurel Alpinist has a particular dial with enormous, lume-filled triangle markers at 12, three, six and nine, and they came in dark or white variations. In 1962, Seiko changed the moniker to Champion Alpinist, and afterward again to Champion 850 Alpinist regarding the development number. The Alpinist line proceeded until around 1965 when the line was ceased, however models under the Champion name kept on being produced.

The Alpinist line was subsequently revived in 1995 under the Prospex line (once in a while called the “Red Alpinist”), yet there was almost no in common between the first Alpinist watches and the more current ones, name barring. The Prospex Alpinist arrangement was in reality well known, however I need to concede I discover them to be very ugly. I’m not an enthusiast of great importance hand formed like a distorted Mercedes-tipped hand, among other not-so-splendid styling signals. There were numerous emphasess of the Champion Alpinist and later Prospex Alpinist, yet I’ll maintain the attention on the watch imagined here, a 1962 Champion Alpinist with case reference J13049. 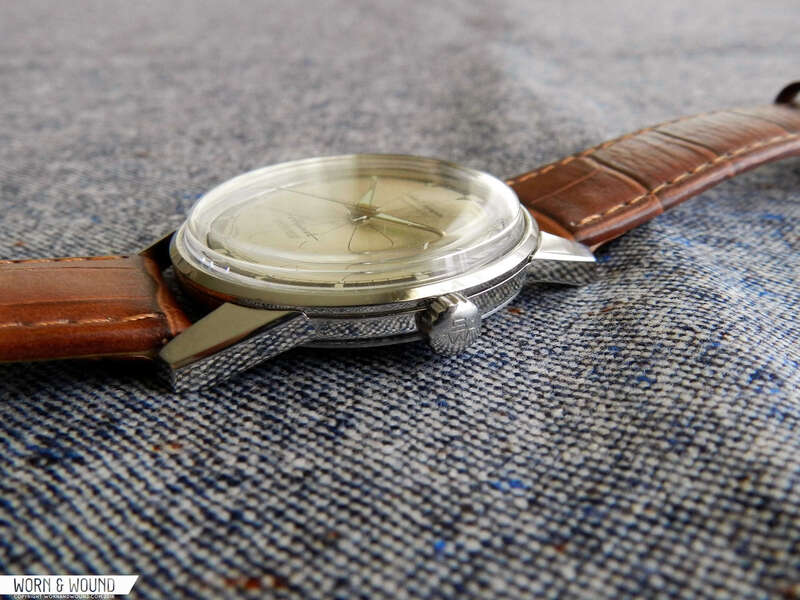 The case is treated steel estimating 35mm wide by 43mm long with 18mm drags. It’s an exemplary style with perfect, thin carries normal of mid 1960s Seiko watches. The snap on case back highlights a particular engraved Alpinist mountain logo, seen distinctly on these models. The glass is a basic domed acrylic crystal.

The crown gauges around 5mm wide and highlights sensibly conspicuous teeth to make it simpler to wind the manual development. It is endorsed with a “S” over a “W,” which represents “Seiko Waterproof.” I simply love minimal peculiar subtleties like these. 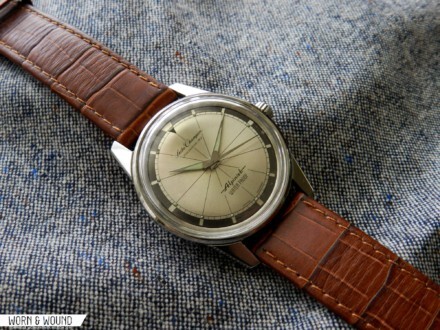 What truly makes this watch stand apart from the pack is the dial. The Alpinist assortment experienced a few diverse dial plans, however this model specifically is very shocking and exceptional with its two-tone area plan. It is champagne/silver conditioned with an earthy colored external ring and an outspread brushed completion. There are dainty, printed outspread lines coming from the focal point of the dial to every one of the little, lumed  hour dabs. The earthy colored external ring is broken by a progression of little square shapes, champagne silver in shading, at every one of great importance markers. The lone exemption is at twelve, where there’s a huge triangle. The base finish of the triangle is champagne, while the sharp end is earthy colored and stretches out toward the middle segment of the dial.

The dial is marked “Seiko Champion” in content beneath the twelve, and “Diashock 17J” in blocky, stressed letters just underneath that. Over the six, it is marked “Alpinist” in the unmistakable logo text style, and “Water Proof” underneath that in one more typeface. The hour and moment hands are a dauphine style with huge lume-filled focuses. The second hand is remarkable in that it has a lumed half-moon molded tip that tracks through the earthy colored external ring for contrast and simple viewing.

The plain and powerful manual breeze development is marked “Seikosha” and “17 jewels.” It doesn’t have a model number related with it, which was common with these early models. While it is to a great extent undecorated, there is a stunner to its straightforward, utilitarian look.

The Champion Alpinist initially came provided on a cowhide lash and there was no arm band choice. I have seen a few pictures of the first Laurel Alpinist watches on a bund-style lash with the “Alpinist” content logo imprinted on the underside of the cowhide. I’m not certain if this style was offered on the later Champion Alpinist models, however it’s positively a cool look.

If you’re on the lookout for an extraordinary looking and one of a kind vintage Seiko, the Champion Alpinist is an incredible decision. They certainly fall in the “affordable vintage” classification as the costs they understand aren’t all that high; they normally come in under $750.

However, the stunt is discovering one in any case. Practically any of the Alpinist models are genuinely hard to secure. Truth be told, I’ve never seen a Laurel Alpinist available to be purchased anyplace and it took me around five years of looking before I seized this one.

While the dial and hands are eminent, the case is unfortunately over-cleaned (obviously, any cleaning is over-cleaned in this writer’s humble assessment). In any case, when this one sprung up, I couldn’t say no thanks to it notwithstanding the exhausted case.

As as it would turn out, I as of late found another old stock case, with the first hang tag, no less. Discussion about uncommon as hen’s teeth! You can truly see the distinction in the unpretentious angles on the hauls and the not-so-inconspicuous contrast in the vibe of the case back between the cleaned case and the NOS one. Eventually I will likely place the guts from my watch into the NOS case, however until further notice I’m simply getting a charge out of the curiosity of having another Champion Alpinist case on reserve.

The Horological Origins of the New Year’s Ball DropPrevious Article 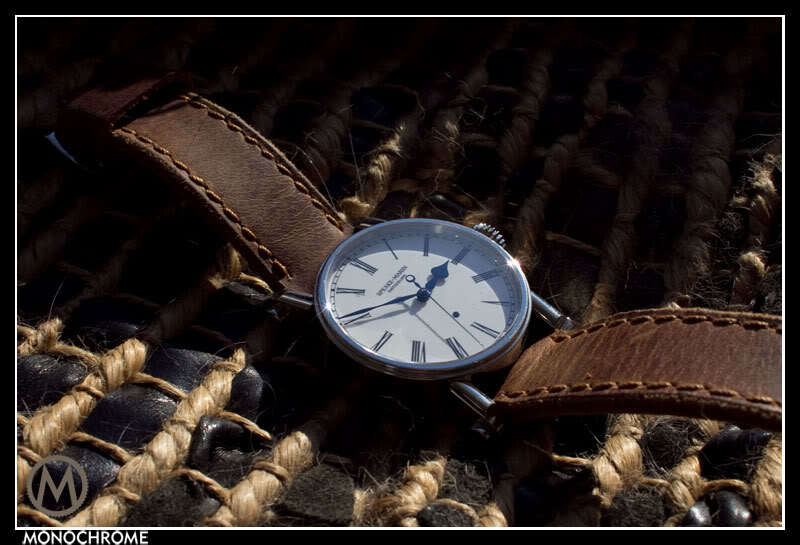