A. Lange & Söhne made a piece one of a kind for the Concorso d’Eleganza Villa d’Este, a world-well known vehicle show with exemplary cars, cruisers and fresh out of the box new models. The champ of the Best of Show Trophy wins this exceptional Lange 1 Time Zone!

The Concorso d’Eleganza Villa d’Este happens coming end of the week, in Cernobbio on Lake Como (Italy) from 25 to 27 May 2012. Lange & Söhne CEO Wilhelm Schmid will actually introduce it to the victor of the most renowned prize of the event.

The photograph above was made on the directing wheel of a BMW 321 at the BMW Museum in Munich.

In comparison with the routinely delivered model, the Concorso version exhibits three unique highlights. Difficult to spot for an undeveloped eye, yet one of the exceptional highlights is a respect to the event’s area, attentively coordinated on the dial. The Central European Time demonstrated on the pivoting city ring of the time region watch is addressed by Como rather than Berlin as usual.

In 2007 I got a few active involvement in a restricted release Lange 1 Time Zone that was made particularly for the 100th commemoration of Leon Martens , an all around appreciated seller in Maastricht, Netherlands.

The second exceptional component is a shut case back, additionally called cuvette. Cuvette is the French expression for the inward residue cover that was once used to ensure the developments of valuable pocket watches. The typical Lange 1 Time Zone includes a sapphire precious stone case back, so the full magnificence of the staggering Lange & Söhne developments can be see. This piece remarkable highlights a physically engraved white-gold pivoted case back. The engraving “CONCORSO D’ELEGANZA VILLA D’ESTE” encompasses the ensign of the admired competition.

As a solitary model, the Lange 1 Time Zone ‘Cuvette’ in white gold is a flat out extraordinariness. So that can be considered as the third unique feature.

The development is the continually shocking physically wound type L031.1, with the common three-quarter plate showing the most lovely completion: enlivened and amassed by hand, accuracy changed in five positions, plates and extensions made of untreated German silver and both the equilibrium cockerel and middle wheel chicken are engraved by hand. That excellence must be appreciated when the pivoted case back is opened.

Please visit the A. Lange & Söhne site for more information. 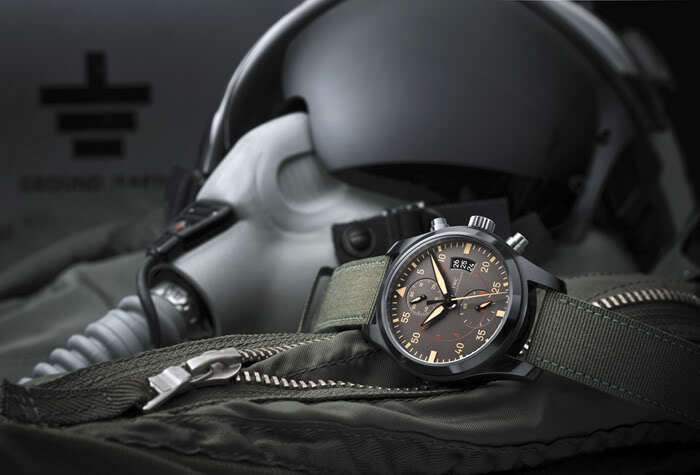