A Day with Jaeger-LeCoultre – Masterclass in Amsterdam

Last month I had the delight of going to a Masterclass coordinated by Jaeger-LeCoultre. Quite a while back I went to a comparative Masterclass and now I was interested to perceive the amount of my insight and “skills” remained.

The whole day was a flawless getaway from any day by day standard and very efficient, incredible spot, extraordinary program, incredible food. What’s more, it gave a lot of knowledge, once more. Need to know how I did? Indeed, consider this, after the Masterclass I regarded watchmakers like I regard a decent surgeon. By the day’s end, we had the chance to see numerous pieces from the current Jaeger-LeCoultre assortment, so get ready for some wrist shots!

The Masterclass began with clarification, preparing on the computer and afterward the genuine thing… taking separated AND gathering the development of a Reverso Grande Date. Fortunately watchmaker Niels guided us with tolerance 🙂 Here the gathering is prepared, with white coats and a loupe.

Eagerly anticipating the second that we can put the screwdriver onto the development. Anyway first Niels van Gaas revealed to us something about JLC type 875, the development of the Reverso Grande Date, which isn’t in the current assortment anymore.

All parts that we were going to experience during the dismantling were talked about and some stood out enough to be noticed/clarification. The photograph beneath shows a computerized reproduction (on screen) of dismantling the development. That was unimaginably useful, in spite of the fact that when I began the development I had completely failed to remember where to put which part.

We all gathered around Niels’s work area, so he could clarify us about the devices we were going to use. And then on to the movement…

Here it is, type 875… Luckily the development was at that point somewhat dismantled, so we just needed to dismantle (and a short time later amass) only a portion of the 218 parts.  Check here for more photographs of the Reverso Grande Date that I shot a few years prior .

After the impressive day, there was the ideal opportunity for drinks and a second to attempt numerous bits of the new assortment on my wrist. Anyway initial a pleasant transparent of the great Grande Date Ultra Thin (SQ represents skeleton).

And on the wrist it likewise looks stunning!

The great individuals of JLC brought a few more Reverso models, something I enjoyed a ton since I have an unfathomably shaky area for this notorious model. In the event that you’re a regular peruser of Monochrome, you have seen numerous posts about the new Reverso models and some exemplary that did incredible on a bartering in Paris .

This is a pink gold adaptation of the Grande Reverso 976, a bigger form of the exemplary Reverso.

And here’s a photograph of the new Grande Reverso Calendar, that was presented early this year.

Of course there were many, a lot more watches… yet later more about them. Particularly the Master Ultra Thin and the Master Ultra Thin Tourbillon will stand out enough to be noticed in another article. Until further notice we end with the very watch that I opened the article with, my number one watch from the Manufacture Jaeger-LeCoultre… the Doumètre à Chronograph in white gold. I’d love to add a Grande Reverso Tribute to 1931 to my assortment, anyway this Duomètre à Chronograph truly is tha bomb 🙂

A huge gratitude to the great individuals from Jaeger-LeCoultre in Amsterdam for getting sorted out a particularly impressive day! (what’s more, welcoming me of course)

This article was composed by Frank Geelen, leader supervisor for Monochrome Watches . 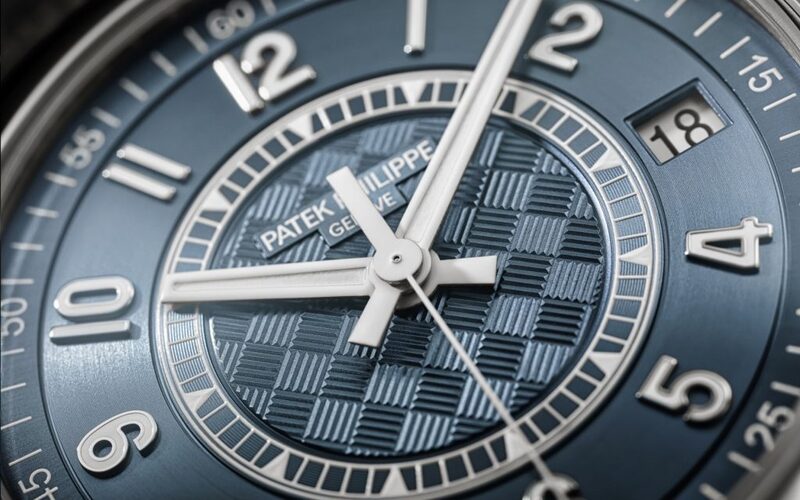